The Four Stages Of Abuse And How To Break The Cycle

The article is developed in partnership with BetterHelp.

An abuse cycle is a four-part cycle that can be used to spot abusive behavior in a relationship. When one person has control over another, the cycle goes on indefinitely because of the imbalance of power in the partnership.

In the 1970s, psychologist Lenore Walker introduced the concept of abuse cycles in her book “The Battered Woman.” Throughout the book, the authors described the stories of women who had been abused and how it continued to happen. In certain cases, it’s easy to spot an abusive pattern, but this isn’t always the case for everyone who’s been abused.

If you’d want to learn more about how to stop a cycle of abuse from happening in your life, keep reading.

The abuser’s stress level may rise during the tension stage as a result of factors beyond his or her control. Financial difficulties, a terrible day at work, or simply being fatigued are examples of external stressors. Excessive anger and resentment develop in an abusive relationship when the other person is always under stress. If they’re feeling angry because they feel out of control, they keep getting angrier.

In order to avoid an abusive episode, the person who is being abused tries to look for ways to defuse the situation. At this point, it is normal for the victim of abuse to be nervous. In order to avoid setting their partner off, they may be extra attentive around their spouse.

In the end, the abuser must let go of the tension they’ve built up in order for them to feel like they’re in control again. After that, they’ll start doing things like:

The perpetrator of the abuse may also place the responsibility for their actions squarely on their victim. For example, if your partner acts violently, they may blame you for it since you made them irrationally angry.

A period of time following an incident in which tension begins to subside is known as the reconciliation period. Giving presents and being overly loving by the abuser is a common coping mechanism used by the person who did the harm. It is common to refer to the time following a reconciliation as the “honeymoon stage” because it resembles the period immediately following the start of a new relationship when everyone is acting appropriately.

Dopamine and oxytocin are released in the brain when a person who has been abused receives more love and kindness from their partner during this time. As a result, they feel more connected to their partner and as if things are returning to normal.

During the calm period, both parties make excuses for the abuse. To defend their actions, an abusive partner may apologize but blame the abuse on external causes such as their boss or job life.

Their persuasive nature may lead you to assume that the occurrence was not as severe as you believed, thereby easing the stress surrounding it. Ultimately, the abuser will convince you that the inappropriate behavior no longer exists.

The Different Types Of Abuse 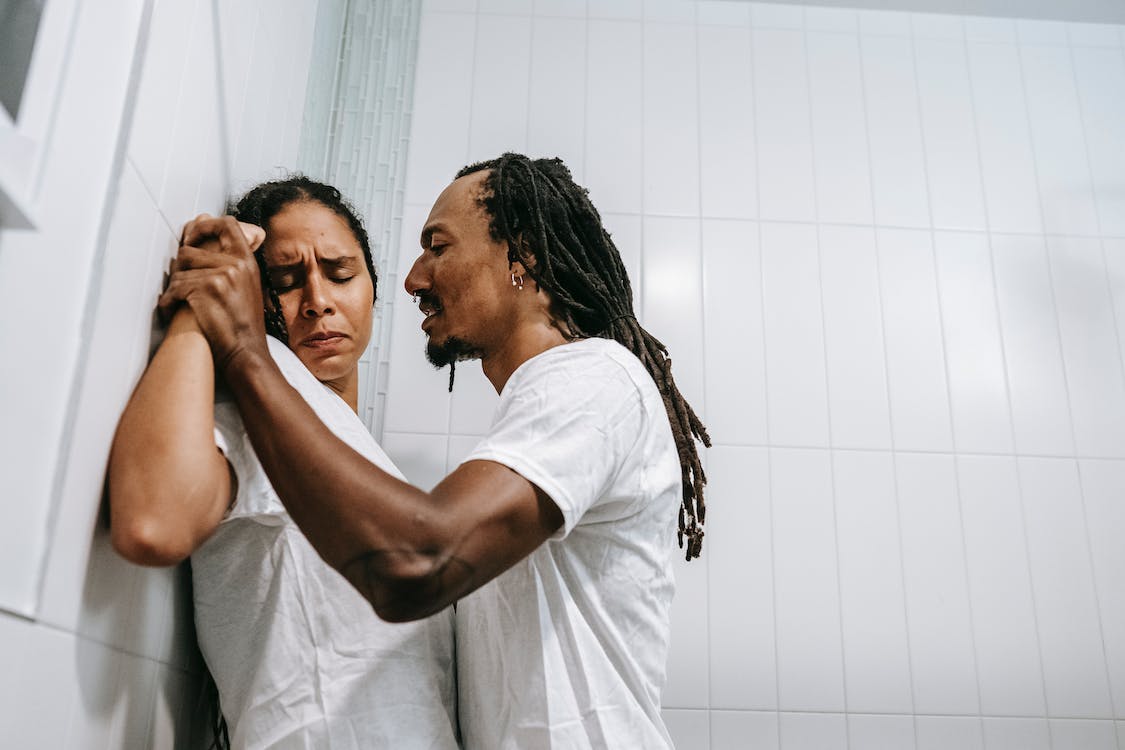 It’s difficult to break the pattern of abuse when your partner has convinced you it’s your fault. Regardless, breaking the cycle is possible.

Recognizing the cycle will be the first step. Most of the time, you will regard your partner’s abusive actions as isolated incidents. In the honeymoon phase, they are their most true self.  However, that honeymoon phase is really a ruse to enable the abuser to acquire control.

Then you can ask for aid from a professional or family. They will assist you to see the abuse cycle you are in. During this period, your partner may continue to abuse you. Remember that it is not your fault.

The abuse cycle is a four-stage cycle that describes how abuse happens in relationships.   While it’s a solid indicator of abuse in many relationships, it doesn’t account for how everyone feels about their partners.

The greatest way to break the pattern of abuse is to recognize the indicators. It’s not always easy to recognize abuse from the inside. Seeking help might assist you to identify and interrupt the cycle. BetterHelp can also be a great resource for learning more about the types of abuse, and how they can effect you and those around you.

How To Break The Cycle of AbuseStages Of Abuse
Share

What Are Pop Psychologists?… What Are Pop Psychologists? Things You Should Know About

Cryptocurrency Investment and the Importance…

Cryptocurrency Investment and the Importance of Exchange Platforms