Signs That Your Child May Have A Mental Disorder

Children mean the world to their parents, and when something is not right with them, or they are going through a health crisis, you can only imagine the parents’ state. It might be a little difficult to pinpoint if the current mood and behavior of your child depict the onset or early signs of the mental health disorder or not?

It is the same reason why it is relatively more challenging for children to get diagnosed early and get the effective treatment they require. Having the right help, such as consulting with a child psychologist, can have an immersive impact on their mental health’s overall betterment.

What is mental illness?

To better understand and grasp the true essence of the issue at hand, it is essential to know what mental illness is. A mental illness can be subjected to the patterns or changes in the person’s overall thinking, feeling, and behavior that might cause distress and make them perform even the most basic daily life functions.

Mental health disorders in children are generally the delays or disruptions that they contract in developing thinking, behaviors, social skills, and depicting the appropriate emotions to their age.

Why is it so difficult to understand mental health disorders in children?

The very reason why it is so challenging to be able to understand the onset of a mental disorder in children is that they are a creature of change. They are continually growing and developing into their older self, depicting evolution.

Another barrier present here, as explained multiple times by various child psychologists and other professionals, is that children aren’t very articulate in explaining the troubles they are currently feeling or expressing them in a better way. They might not be able to justify their behavior, which is strange and odd.

The expense associated with the treatment or the time spent in approaching a professional child psychiatry clinic might explain why parents completely disown the subject. Because of this, their children are not able to retrieve the help they need early on in their lives.

ADHD, or otherwise known as attention deficit hyperactivity disorder, is a mental disorder in which the children cannot focus on anything consistently. They have persistent difficulty with attention, impulsive behaviors, and hyperactivity, making them feel agitated and continuously angry.

Autism spectrum disorder is a neurological condition that happens at an early age among children. Generally, the onset of the disease is before the child is three years of age, and the severity and complications might vary significantly from child to child. Still, persistent symptoms are having difficulty communicating and interacting with others.

Depression is the inability to feel happy or content with one’s feelings. In early childhood, the signs of depression can make the child unresponsive at times, not feeling well, and sudden behavior shifts that make them unable to function properly in school or interact with others. Bipolar disorder might fit in this description as the children suffering from these might depict extreme emotional and behavioral signs that might not be safe and unguarded. 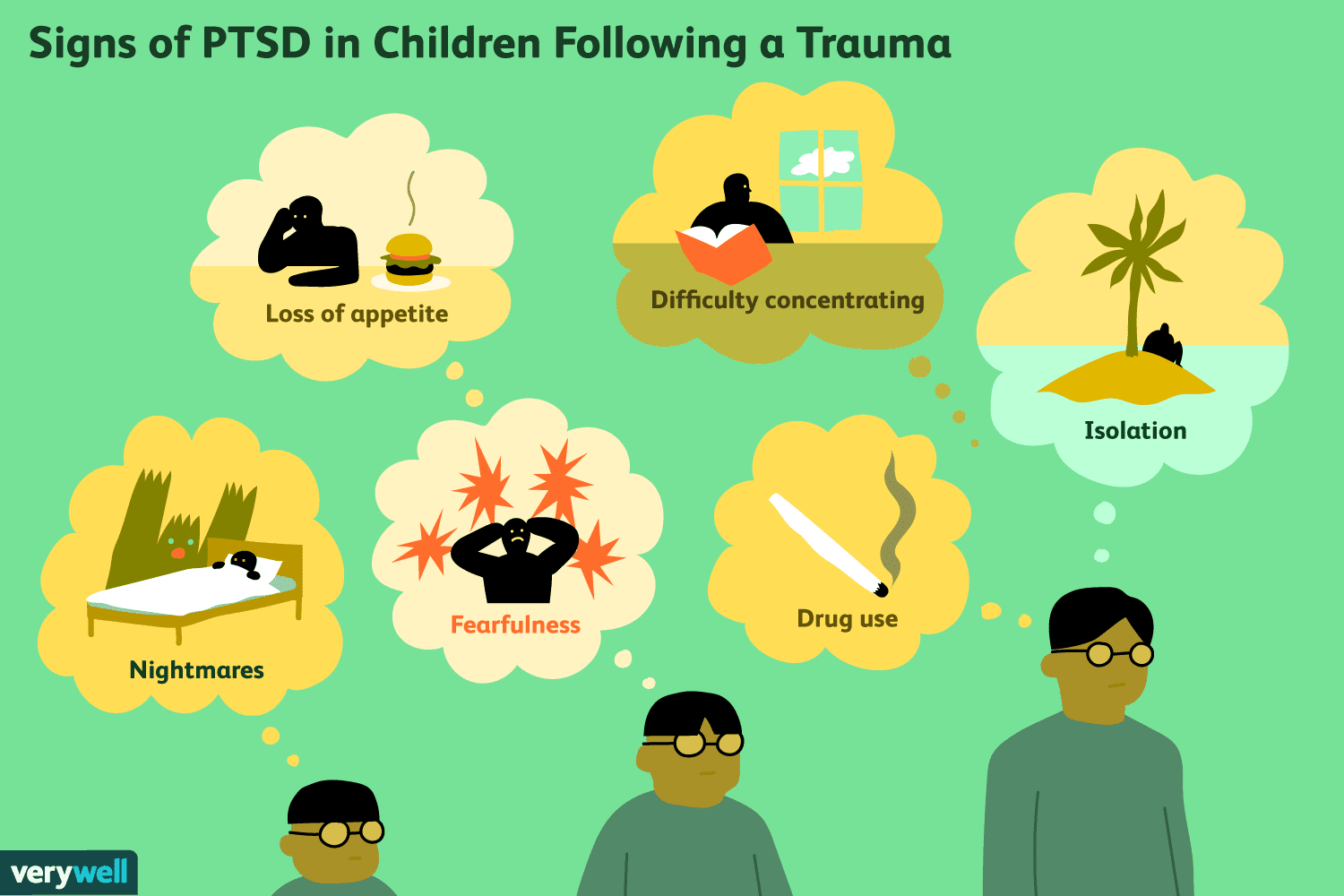 PTSD, also known as post-traumatic stress disorder, involves extreme emotional distress, disturbing memories, and often nightmares among children. They might engage in disruptive behaviors in response to the abuse, injury, violence, or any other stressful event, for that matter.

Schizophrenia, also interpreted as psychosis, is a mental health disorder that is not very common among children, but there are some examples out there that sincerely affect children. In this specific disorder, the patient might lose touch with reality and believe in their self-constructed fact by hearing voices that aren’t real, seeing people there, and all sorts of manifestations.

It is more likely to appear in the late teens, probably for those already in their twenties. It results in severe hallucinations, excessive delusions, derailed thinking, and disrupted behaviors.

It might not be easy to spot the onset or emergence of symptoms in early childhood. With proper treatment, care, and medication, illness or mental disorders can be controllable effectively. If you are seeing or witnessing any of the symptoms mentioned above, it might be possible that your child needs help, and you should get them that help right away. Common Female Urological Disorders And How To Treat Them

Common Workplace Injuries And How… Common Workplace Injuries And How To Avoid Them