The Art Of Street Graffiti And Its History

Banksy may be one of the most famous street artists in the world, but the art of street graffiti did not start when he rose to the scene. In fact, the beginnings of the street graffiti movement date back to the 1960s and 1970s, when sprayers would go out and look to add their own unique and personal tag to any public space or blank wall they could find. It quickly grew into a lifestyle of its own, with more prominent street art focusing on anti-establishment messages and views.

Graffiti is defined as writing, drawings, or paintings on the walls or surfaces of a structure. Under this definition, we find ourselves drawn firstly towards those styles of art that preclude modern and contemporary street art – looking at and considering cave drawings and communicative markings which have been used throughout history and are still being uncovered today.

The art of street graffiti as we know it today, and of which Banksy is at the centre, began in an era where rebellion was high, individuality was vital, and the aerosol spray can had just been invented.

The Rise of Street Graffiti

For fans and followers of Banksy, you might be interested to learn that once upon a time, graffiti was formed of simple tags – names, initials, and markers which artists would use to simply get their name or message out there to the masses. Some of the most popular early canvases for graffiti artists include train tunnels and railway bridges – areas that would regularly be seen by people as they pass.

But as graffiti took on a life of its own and small tags turned into larger and more expressive images and pieces of art, the idea of street art became inherently linked with vandalism – something for the authorities to clamp down on and put a stop to.

For Banksy fans and those who own Banksy works, you might notice the high number of pieces which include policemen and rats. This link in recurring motifs links to the influx of police who try (and in many cases fail) to put a stop to the rise in street art – with the rats themselves symbolising the anarchy of society, and linking to the presence of street artists who are considered by many to be vandals and pests of the state.

Big Players in the World of Street Graffiti

Banksy is unarguably one of the biggest names in modern street graffiti, encapsulating the idea that every work, every piece, and every tag holds its own message and its own story. Garnering huge attention every time a new piece is unveiled, usually in an unexpected and completely random location, Banksy now has a huge following of investment buyers and sellers, who recognise the value in his works and will often push the auction price of these pieces well into the thousands.

But Banksy wasn’t the first, and nor will he be the last to enter the world of modern street art. Banksy has long been linked with other artists in the sector, including Blek Le Rat who is cited as a major influence in the work of Banksy, and King Robbo. They held a famous rivalry with Banksy until King Robbo’s untimely death as a result of a fall in 2014.

The links between these major players in the world of street art and graffiti exist in both the themes and styles of the art – with social and political themes examined and displayed in a broad selection of street art pieces and examples. Stencilling has become a popular form of artistic expression in street art and graffiti, with recurring motifs and figures regularly popping up in the works of Banksy and other artists.

The Evolution of Street Art and Graffiti 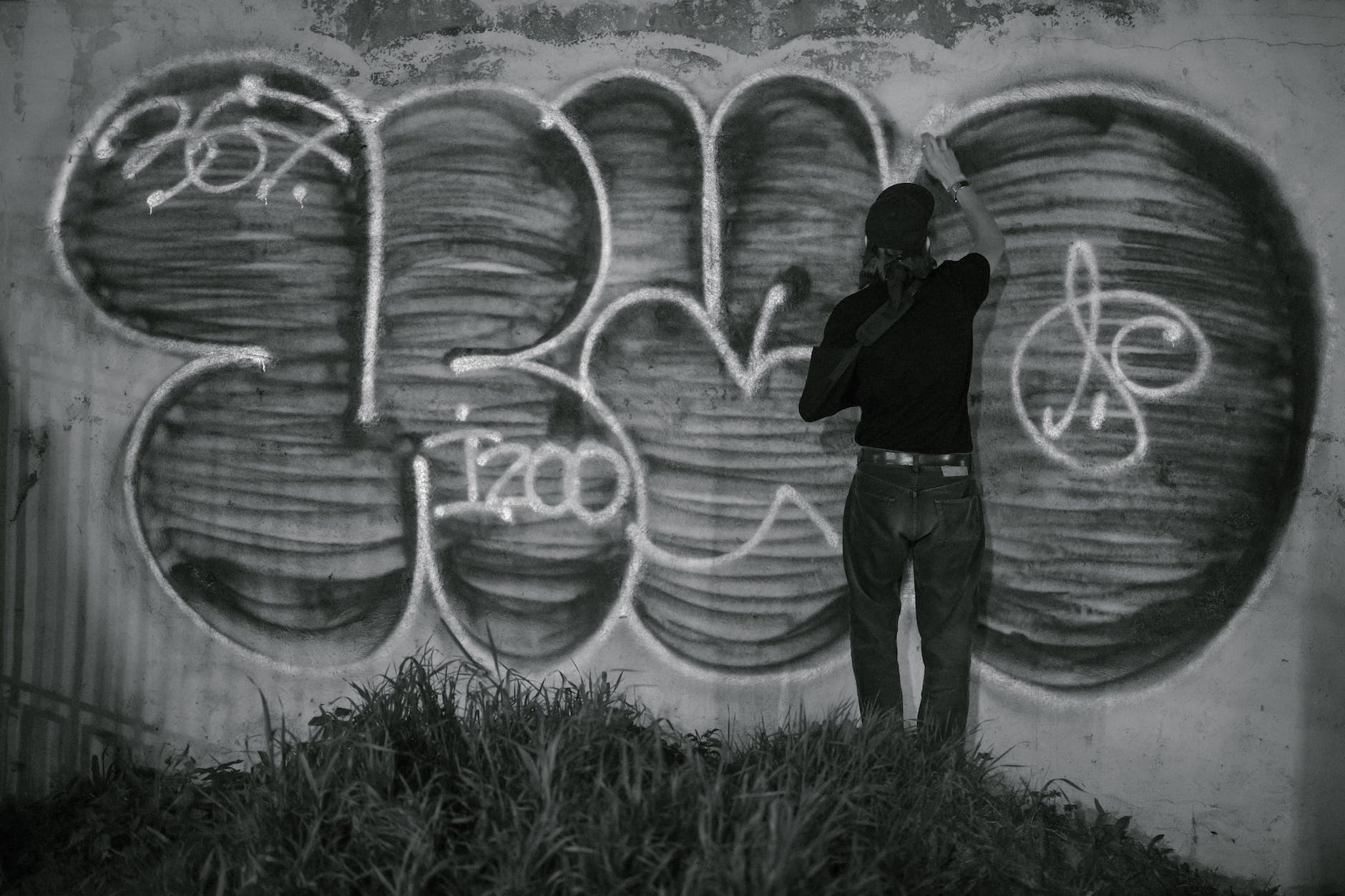 One of the most interesting things to note about the art and world of graffiti is how the very term ‘graffiti’ has been replaced, in many instances, by the term ‘street art’. This shows a recognition of the artistic skills and talent of those creating the works and an evolution of the artistic style itself – culminating in street art becoming a recognised art form.

The evolution of graffiti, merging into street art, began in the 1970s and 1980s when the tags and signatures began to be replaced with more detailed images and visual depictions of different themes. Today, Banksy is just one artist whose work is instantly recognisable despite each piece being unique and different to the last. And whether you’re looking to buy a new Banksy or sell an investment piece you currently own, Banksy’s work is and always will be a major part of the story of street graffiti and its evolution to become an art form.

History Behind The Wholesale… History Behind The Wholesale Liquidation Business