The United Arab Emirates use of cutting edge technology is driving the region into becoming one of, if not the most, “smart” country in the world.

The city of Dubai, in particular, is known to be one of the most innovative cities. Traditional architecture, planning, transportation and sustainability measures are being left behind as ‘what could be’ with advanced technology put forth plans for advancement. Dubai has been committed to pushing forward with emerging technologies. His Highness Sheikh Mohammed bin Rashid Al Maktoum, Vice President and Prime Minister of the UAE and Ruler of Dubai said, “Dubai is leading the cities of the world by taking a leap in the adoption of artificial intelligence to serve humanity, and [to] establish a global model of the city of the future as we aim to become the world’s largest laboratory for technology, and research and development (R&D)”. 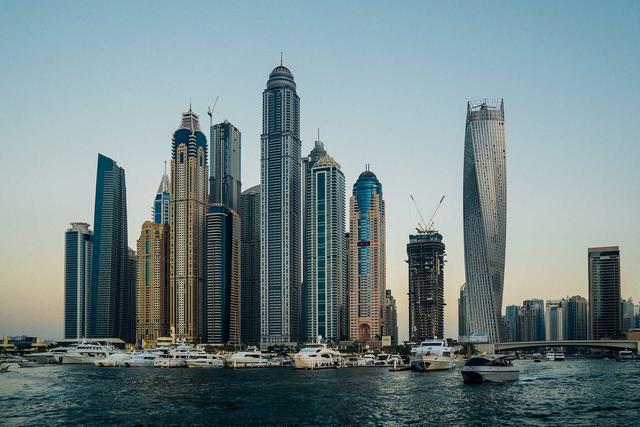 The UAE is implementing smart technology in numerous areas, including the following:

There are numerous futuristic projects in the works, as urban planning and development is the main focus. For example, in 2013 His Highness Sheikh Mohammed bin Rashid Al Maktoum launched the Dubai Smart City Project. The city is going vertical and the layouts, services, zoning, and architecture are all modern and efficient, supported by technology. The Jeddah Tower is another one of these futuristic projects, as it will be the tallest tower in the world and reposition the city as a global commercial, business, educational, medical and entertainment hub. Smart technology is heavily involved in the development and final plans of the Jeddah Tower, with digital technologies for smarter living, a high-performance exterior wall system that minimizes energy consumption and more.

Police cars made by OTSAW Digital are even to be autonomous. Upon sight of a criminal, they can launch a drone. This technology can be used for smarter surveillance and free up (human) police resources for prioritized tasks.

In April, the Prime Minister of UAE launched the UAE Blockchain Strategy 2021. Before explaining how smart technology is applied in this sense, “blockchain is a distributed ledger providing high security for multi-party transactions with full auditability.” So a blockchain government applies this to all areas of governance, from healthcare to education.

Retail payment app DubaiPay was blockchain-enabled In order to settle and record transactions in real time. Smart technology is leveraged as Dubai Tourism uses a blockchain based virtual marketplace, Dubai’s Roads and Transport Authority moves forward with a vehicle management system and more.

Sustainability is a key focus for innovation across the world, and technology can greatly improve sustainable measures. Even something as simple as climate control in a building or at home can make drastic differences in a location as such the UAE where the climate is drastically hot and dry. Technology can also help control traffic by tracking traffic patterns and with fewer cars on the roads, there is naturally less pollution.

Boosting happiness with the aid of technology?

The United Arab Emirates intends to positively affect people’s happiness by using technology. The use of technology is primarily done in order to develop a space where the quality of life is higher for everyone there, including citizens, residents, visitors, government, etc.  The more seamless and efficient that cities run, the less stress that it puts on people and lets them live their lives the best that they can.

The Pulse Projects app for Dubai is a way that the government and developers can communicate with the public and share what the planning projects and events are through the further use of technology. This drives communication, feedback and opens the channels for other opportunities to be uncovered. When citizens can be and feel involved in how the city is being developed, issues and trends can be further identified and everyone benefits. Technology may be an advancement that has become so ingrained into daily lives and how things are accomplished nowadays, but it really can boost the happiness of people in ways that we may not have even recognized.

Projects that are driving the UAE in becoming the world’s first “smart” power are well underway and more projects are being taken on. A small and dedicated innovative country is investing in the future, and educating their country on the benefits of technology to invite more technologists to be a part of and boost their economy.

How To Work Out… How To Work Out Your Sponsored Post And Recipe Development Rates

What Is Bad Breath and…